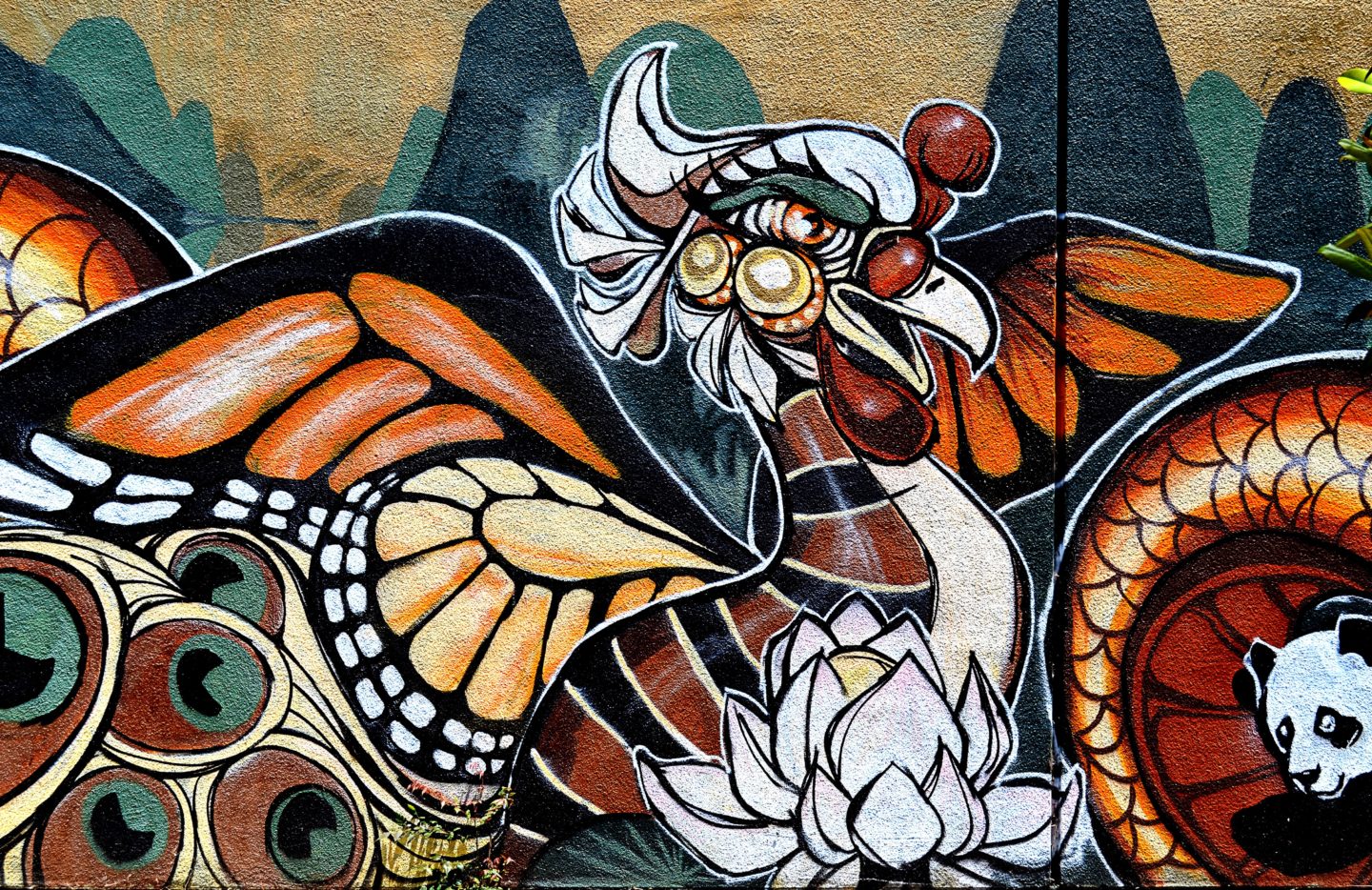 A mural is any piece of artwork painted or applied directly on a wall, ceiling or other permanent surfaces.

Some wall paintings are painted on large canvases, which are then attached to the wall. Whether these works can be accurately called “murals” is a subject of some controversy in the art world, but the technique has been in common use since the late 19th century.

Oakland’s territory covers what was once a mosaic of California coastal terrace prairie, oak woodland, and north coastal scrub. Its land served as a rich resource when its hillside oak and redwood timber were logged to build San Francisco, and Oakland’s fertile flatland soils helped it become a prolific agricultural region.

In the late 1860s, Oakland was selected as the western terminal of the Transcontinental Railroad. Following the 1906 San Francisco earthquake, many San Francisco citizens moved to Oakland, enlarging the city’s population, increasing its housing stock and improving its infrastructure. It continued to grow in the 20th century with its busy port, shipyards, and a thriving automobile manufacturing industry.

Oakland has more than 50 distinct neighborhoods. The greater divisions in the city include downtown Oakland and its greater Central Business District, Lake Merritt, East Oakland, North Oakland, West Oakland, and the Oakland Hills.