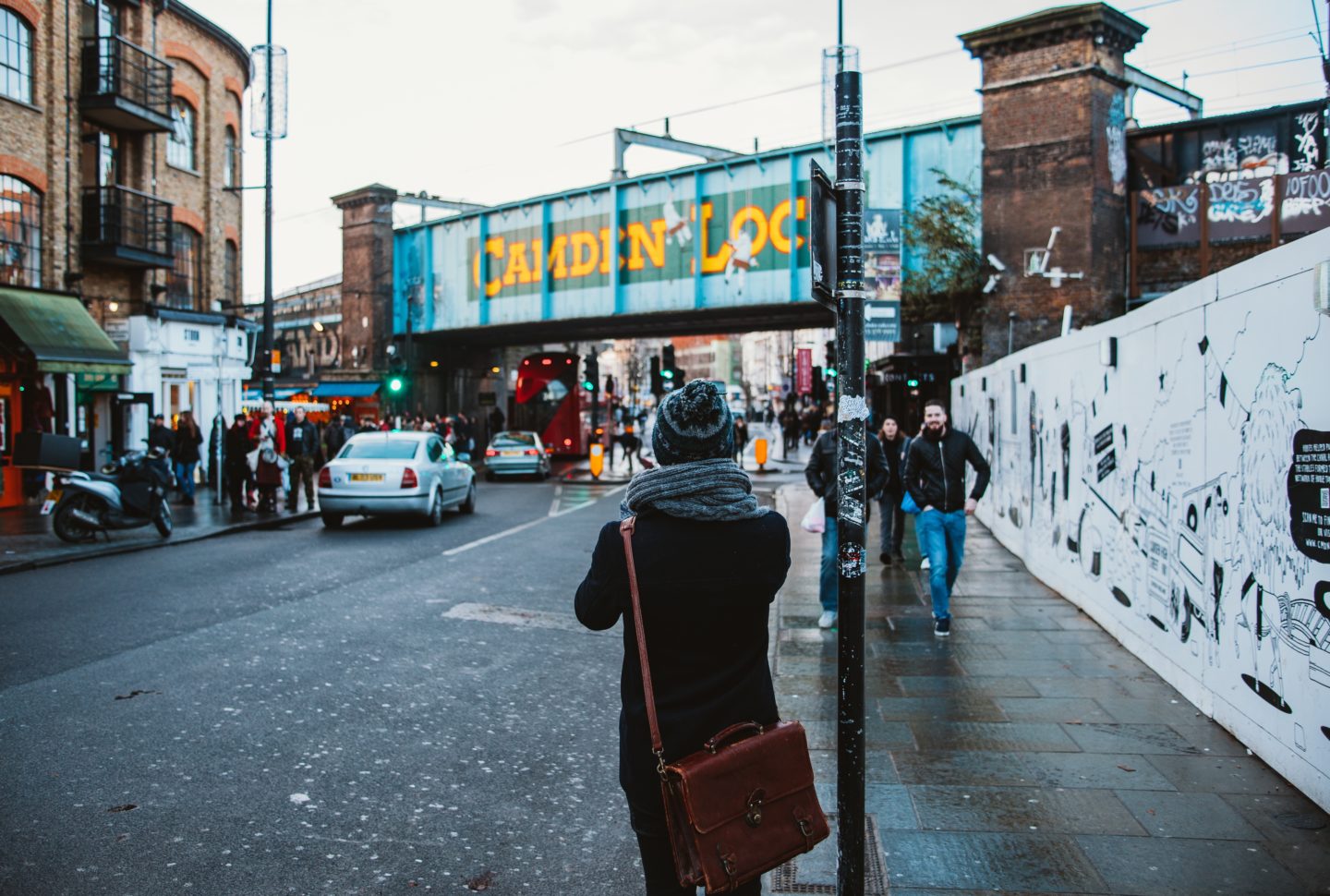 Camden Lock is a small part of Camden Town, London Borough of Camden, England, which was formerly a wharf with stables on the Regent’s Canal. It is immediate to the north of Hampstead Road Locks, a twin operated the lock works.

Hawley Lock and Kentish Town Lock are a short distance away to the east, while to the west there is a long level pound, and it is 27 miles to the next lock. Water saving was an important factor, as they knew that water supply would be problematic.

Camden Goods Depot was the London freight terminus of the London and Birmingham Railway, the first inter-city railway to reach London. Robert Stephenson was the engineer in charge of the project, and he picked the site for the goods depot so that direct interchange with the Regent’s Canal was available, from where freight could reach the London docks.

A 25-acre site on the north bank of the canal was obtained from Lord Southampton in January 1837, and the goods depot was completed in 1839. Major features were a stationary winding engine house, which was used to pull trains up the incline from Euston to Camden, a shed for the stabling of locomotives, 18 coke ovens which were used to make smokeless fuel, two goods sheds, stables for 50 horses, a wagon repair shop, and various ancillary buildings.

Much of the site was supported on brick vaults. Pickfords, the public carrier, built a warehouse on the south bank of the canal in 1841. It was designed by William Cubitt, was extended in 1846, and was the first rail, road, and canal interchange building in Britain, being linked to the goods depot by a wooden railway bridge over the canal.

Regent’s Canal was authorized by an Act of Parliament obtained on 13 July 1812, for a canal from Paddington to Limehouse. When the directors first met, they had decided that all locks would be paired, so that some of the water from a lock emptying could be used to fill the adjacent chamber. Water saving was an important factor, as they knew that water supply would be problematic.